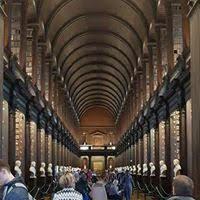 When authors or creators of long running franchises either run out of things to say or do with their properties there are a couple of courses of action they can take. The Reverse of the Medal is the eleventh book in the Aubrey Maturin saga. Just over half-way through the complete canon of twenty one books. Has the HMS Surprise finally jumped the shark with The Reverse of the Medal?

Post Captain Jack Aubrey and Ships Surgeon, Warrant Officer and erstwhile Naval Intelligence Officer Dr. Stephen Maturin once again take sail in the Mediterranean in their ongoing quest to do all in their power to help overthrow the regime of the archfiend and scourge to Democratic freedom, the Emperor Napoleon. Having successfully foiled the French plans in the Ionian sea in the last novel, Aubrey and Maturin take some time to rest and refit themselves, their ship, and what remains of their crew on the island of Malta as they await the next assignment. Aubrey tries to revel in his recent victory but continues to be plagued by the money woes at home that drove him to sea again and his desire for a new frigate and a command against the Americans in the North Atlantic. Maturin has his hands full attempting to find the elusive and cleaver French spymaster Lesueur. What Maturin doesn’t yet realize is Lesueur has already found him and Lesueur's plan against the good doctor is already in motion.

“Compassionate toward oneself, we reconcile all inner, and the universe - from within.”

The Art of Blogging