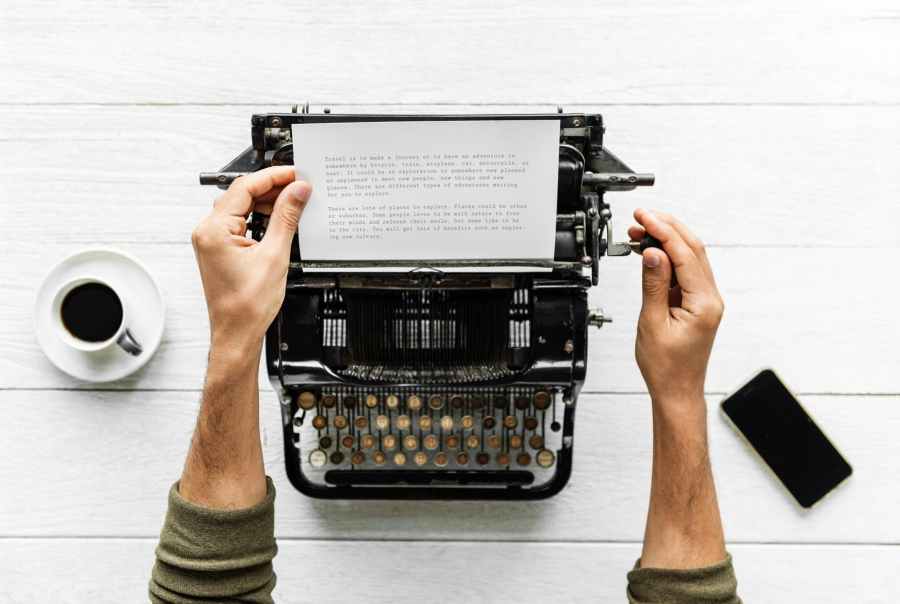 When I was deployed to Iraq I had a very clever Lieutenant Colonel for whom I worked. She was rather fond of repeating to the soldiers a particular phrase. Going over a report or a briefing slide she would look for one thing in particular, or rather one category of thing. How the piece was written. It was then she would usually pull out her well tread phrase, “Words mean things.”

This may seem kind of simplistic and innocuous. “Of course words mean something” you are probably saying to yourself. That’s why there called words after all. Words have, and are used for conveying, meaning. Doesn’t seem to be a very useful thing to say when you look at it like that.

She was trying to convey a deeper meaning however. Yes, words have a meaning. But what is more important – the way in which you use the words has a meaning.

There is a difference between saying something “might happen” and something “may happen”. There is a nuance in meaning between the two phrases. Part of that comes down to the actual definition of the words “might” and “may”. An equally important part of the meaning comes down to how the reader perceives those words. “May” seems more factual to most readers and therefore more likely to happen. You see the same idea present itself with the usage of “possibly” and “probably” when trying to explain the probability of something happening. The importance of making sure you are clear in what you mean and in understanding how your audience – your reader – understands the word is extremely important.

When I speak with some of my female feminist friends, we usually agree on one thing. That is if we have avoided the conversation about how I dislike the term feminism. Mostly because of the etymology of the word itself as female centric; which is why I prefer the term humanist, not for the concept of equality that most of my feminist friends espouse in its name. (That debate, however, is a topic for another article.) The one item we agree on that is needed is a male sexual revolution.

Now this is not in any way to take away from the terrible sexist culture that exists; or the need to recognize the importance of and the need for equality for all sexes and genders. Rather it is just an acknowledgement something needs to be done for male sexual rights as well. Men today are unsure how to react and behave. Some people say that men just need to be polite and treat people with respect. That is all well and good, but it simply provides a gloss over the more fundamental issue men face. Men are not taught how to react to their emotions. How are they supposed to be a man in today’s society. This is especially true in response to the #MeToo movement. You see men running to the far extremes. Hunkering down in a defensive position and striking out at what they feel is an assault on their masculinity, or succumbing completely to any and all accusations paralyzing themselves from being able to act because of a fear of choosing the wrong response.

Understanding, redefining, and not using certain words and phrases may be a way in which we can help facilitate making a change happen. It may also help to create the distinction of what the best response should be. Although there are many terms that could be discussed, focusing on the idea “words mean things” and helping to create a male sexual revolution to provide a more equitable environment for all, there are two terms I suggest we stop using. “Man-flu” and “man-cave”.

Of the two, “man-flu” is most likely the least helpful and most derogatory and insulting. Men have historically not taken care of themselves. They refuse to go to the doctor and try to tough it out when it comes to illness. Showing any sort of weakness provokes the response of them needing to “man up” or “be a man” and not admit to their failings. The derogatory use of the term “man-flu” is sexist and helps to contribute to this notion. How can we teach our young men is is okay to feel ill when this sort of phrase continues to be utilized. Especially when there is medical evidence males are actually more susceptible to the symptoms of the flu itself. Of course I would never advocate to ban any word or phrase, however I think it behooves everyone wishing to create a more enlightened and equitable future to reconsider the use of “man-flu”.

Not perceived as so derogatory as “man-flu” is the term “man-cave”. However, this phrase conjures up an image of a converted basement or garage. An out of the way, leftover place, that was forgotten and reclaimed. Not a place central to – or coincident with – the rest of the home. This is a place that doesn’t have the prestige or warmth of the kitchen, or the dining room, or even the living/tv room. It pushes men off to the side and looks on their pursuits as unsophisticated, juvenile, or lacking.

As a lifelong learner I think we should reinvigorate the use of the term “study” or “den” to reflect a room where personal pursuits, either simply for pleasure or to develop academic or professional skill sets, can be practiced and enjoyed. It doesn’t really matter where this room is; in the basement, the attic, garage, or a separate out building, or what activities take place there. A study or den could easily be used for either woodworking, watching a game, reading, or writing a journal. The main advantage is in the terminology. “Den”, or “study” conveys a more dignified and cherished experience then “man-cave”. A place that is sacred and can just as easily be solitary as well as communal.

2 thoughts on “A Return to the Study; The Use of Words to Change Meaning”

Beautiful sunset
Beware the wild Shelfordian tiger!
Check out my latest video! Be sure to share, like and subscribe!!!
Lovely harvest moon
Someone lost their elephant! #cambridge
And the views around the market. #cambridge #cambridgemarket #canbrdigebenchs
A sunny day in Cambridge yesterday.
I wondered where I put that. #ourplaceinspace
New #dinkydoor here in #cambridge. You should try and find it!